The importance of Omega 3 fatty acids in the diet Omega 3 essential fatty acids are so called because the body cannot make them so they have to come from the diet. Ever since pioneering research many years ago showed that in Greenland Eskimos who eat a lot of oily fish gain cardio-protection these fatty acids have been more intensely studied that almost any other nutrient.

What do we know?
There is now compelling evidence that optimal levels of omega-3 fatty acids are helpful in maintaining a healthy heart and in preventing heart disease. They reduce the risk of abnormal heart rhythms, slow the heart rate, reduce blood pressure, reduce unhealthy blood fats and inhibit platelet aggregation which leads to the tendency to form blood clots.

The weight of research to support this has earned an approved qualified health claim from the FDA as well as the American Heart Association, neither of which hand these out lightly.

The real issue today is that 96% of populations in developed countries like the UK and the USA do not consume sufficient levels of Omega 3 to protect their hearts. It is no coincidence that the leading cause of death in these countries is heart disease . This is partly because too few people eat two 4oz portions of oily fish per week and partly because we consume far larger amounts of omega 6 fatty acids which come from vegetable oils and compete for the same metabolic pathways in the human body. This is why we talk about having the right balance of Omega 3 and 6.

We also need Omega 3’s for brain health at all stages of life as well .
Structurally, 60% of the human brain consists of fat of which 8% is fatty acids, predominantly DHA. This helps to increase messaging between nerve cells and is preferentially represented in the frontal lobe which is responsible for executive functioning, memory, decision-making, problem-solving and emotions.

In the unborn baby the brain grows by an astonishing 260% in weight in the final trimester and then a further 175% up until the age of one. The number of nerve cells and their connections increases dramatically also. DHA is transmitted in maternal milk to the infant but if the mother herself is deficient the infant may be losing out on a window of opportunity to maximise cognitive function for the future which may never be repeated.

There is also evidence that optimal levels of Omega 3 fatty acids can preserve cognitive function and delay mental decline in the elderly, whether they already have signs of Alzheimer’s disease or not.
There are many other clinical benefits to supplementation with Omega 3 fatty acids such as the treatment of dry eye syndrome (because they change the consistency of the oil producing glands in the eyelids ensuring an adequate oily layer which protects the underlying watery tear film), recovery from concussion, symptom relief in rheumatoid arthritis, type II diabetes, skin health and many other conditions besides.

EPA and DHA have been shown to be beneficial to the skin due to their anti-inflammatory capacity and their immune function support. Recent studies have shown that supplementation with Omega 3 fish oil supports skin health by preventing sun induced changes in the skin and improving collagen metabolism (McDaniel et al. Wound Repair Regen. 2-11: Pilkington et al Am Journal of Clin Nutr. 20130).

Supplements may be derived from oily fish, from krill or from the algae in the sea on which these feed. The exact source from which they come has implications for sustainability but their worth to the human race should not be underestimated.

I take an Omega supplement every day and I certainly recommend that others take them as well. Try ZENii Omegas to meet your daily EPA & DHA requirements.

ZENii is a UK skincare, vitamin and wellness brand. We seek to educate and empower our customers to make healthy decisions that will impact their wellbeing and life. ZENii Omegas is a premium Omega supplement for anyone wishing to supplement their essential fatty acids. www.ZENii.com

The Magic of Candles 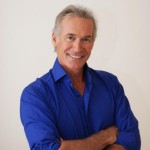 Guest Blogger for ZENii. Dr Hilary Jones is a general practitioner, presenter, writer and educator on medical issues, known for his media appearances, most especially on television. He is known for being part of The Sun's magazine team "The A Team" as the health expert.

We accept the following payment methods